A Multivitamin in Two Formulas

The essential nutrients you need…exactly when you need them!

NOTE: Please discontinue the use of any dietary supplements (including multi-vitamins) containing Vitamins B or D, Omega-3s, Magnesium, or Melatonin while taking this product.

*General supplement information is listed in accordance with the National Institute of Health dietary supplement fact sheets, unless otherwise noted (a)

Vitamin B1 – Thiamin, also known as B1, is a water-soluble vitamin that plays a critical role in energy metabolism and therefore in the growth, development, and function of cells. The protective effects of thiamine against diabetic vascular complications have been well documented, however slower absorption and low bioavailability are limiting factors.

Form: Benfotiamine is a fat-soluble synthetic derivative of thiamine (1) that can penetrate the nerve cells to treat neurodegenerative diseases by reducing inflammation (2)

Vitamin B2 – Riboflavin, also known as B2 is a water-soluble vitamin and antioxidant that supports a healthy nervous system and plays an important role in energy production, cellular function, and metabolism.

Vitamin B3 – Niacin, also known as B3 is a water-soluble vitamin helps turn the food you eat into the energy you need. Niacin plays an important role in cellular metabolism, coenzyme function, and oxidation-reduction.

Form: Inositol Hexanicotinate is the non-flushing form of Niacin; reduces cholesterol and acts as a vasodilator, improving blood flow (3)

Vitamin B9 – Folate, also known as B9 is a water-soluble vitamin and coenzyme in the synthesis of DNA and RNA, and in the metabolism of amino acids. It supports healthy cell division and promotes proper fetal growth and development and has been proven to reduce the risk of birth defects.

Form: l-methylfolate, is a coenzyme capable of crossing the blood-brain barrier; it supports neurotransmitter synthesis of serotonin, dopamine, and norepinephrine and has been used to treat depression (4) (5)

Vitamin B12 – A water soluble vitamin, B12 supports cellular metabolism, promotes healthy nerve and blood cells, and aids in the production of DNA.

Form:  Methylcobalamin is the active form of Vitamin B12, and is required for the integrity of myelin, neuronal function, red blood cell formation and DNA synthesis. The vitamin has been known to promote regeneration of axonal nerves and is neuroprotective, improving the symptoms of Alzheimer disease, Parkinsonism, and Dementia. Methylcobalamin is an approved treatment for peripheral neuropathy. (6)

Vitamin B7 – Biotin, also known as B7 is a water soluble vitamin that is essential in the metabolism of fatty acids, glucose, and amino acids. It also plays a key role in cell signaling and supports healthy skin, nerves, digestive tract, and metabolism. (7)

Carnitine – Carnitine is an amino acid derivative and plays a critical role in energy production by transporting fatty acids so they can be oxidized (“burned”). It also transports toxic compounds generated out of cells to prevent their accumulation.

Form: Acetyl-L-carnitine is the acetylated form of L-carnitine. It is able to cross the blood brain barrier and supports nerve function, memory, focus and alertness. High doses may reduce blood pressure, and peripheral neuropathy (reduces neurodegeneration) (8)(9)

Form: CognizinⓇ is a patented free-base form which is highly bioavailable.

Alpha-Lipoic Acid – An antioxidant found in many multivitamin formulas, anti-aging supplements, and even pet food, ALA is well-defined as a therapy for preventing diabetic polyneuropathies, scavenges free radicals, chelates metals, and restores intracellular glutathione levels which otherwise decline with age (11)

Form: R-ALA with cyclodextrin is a bio-enhanced, stabilized version of the active form, which doesn’t degrade as easily and is more bioavailable and easily absorbed in the body.

Theanine – An amino acid that is found in tea and used to improve mental function and cognition. Theanine has been widely used as a treatment for anxiety, mental impairment, and stress. (12)

Form: L-Theanine is used to improve mental health and cognitive function. It is also used for anxiety, mental impairment, and stress. (13)

Vitamin C – Also known as ascorbic acid, this vitamin is water-soluble and acts as an antioxidant, helping to protect cells from the damage caused by free radicals.

Vitamin B6 – An essential vitamin that supports the central nervous system and the metabolism process, helping to convert food into energy. B6 also aids in the creation of red blood cells and neurotransmitters. Since the body requires vitamin B6 to create Serotonin, the neurotransmitter responsible for regulating mood, low levels have been associated with depression (2)

Form: Pyridoxal 5’-phosphate is a coenzyme, and the most active form of vitamin B6

Vitamin D3 – A fat soluble vitamin needed for good health. Vitamin D helps the body absorb calcium, one of the main building blocks for strong bones. Together with calcium, vitamin D can help prevent osteoporosis, a disease that thins and weakens the bones and makes them more likely to break. Is also good for immune system health

Vitamin B8 – An essential, although not strictly a vitamin because it is biosynthesized by the body, it supports healthy regulation of cell membranes and the nervous system. Integral to production of neurotransmitters Serotonin and Dopamine which regulate mood, low levels of which have been associated with depression and anxiety. (4)

COQ10 – is a unique lipid-soluble antioxidant that is produced in the human body and promotes cellular energy production, It stimulates the immune system and protect the heart from the damage caused by some cancer drugs.

Form: Ubiquinol has been shown to be superior to the other form of CoQ10, Ubiquinone (5)

Docosahexaenoic Acid – This polyunsaturated fatty acid is essential for the growth and functional development of the brain in infants and is also required for maintenance of normal brain function in adults. DHA has an anti-inflammatory effect on nerve cells, indicating it may play a role in reversing age-related impairment of memory acquisition or in reducing the symptoms of depression and/or anxiety disorders. (6) (7)

Magnesium – An essential mineral required in metabolic function (protein synthesis), nerve function, blood glucose control, and blood pressure regulation. It contributes to the development of bone and is required for the synthesis of DNA. Certain forms may impact the nervous system, promoting relaxation and sleep.

Form: Magnesium Glycinate combines magnesium with amino acid glycine, which results in similar effects to GABA and may promote circadian rhythm and decrease inflammation (8) in addition to reducing anxiety and stress (9).

Only logged in customers who have purchased this product may leave a review.

* These statements have not been evaluated by the Food and Drug Administration.  The products and information on this website are not intended to diagnose, treat, cure or prevent any disease.  The information on this site is for educational purposes only and should not be considered medical advice.  Please speak with an appropriate healthcare professional when evaluating any wellness related therapy.  Please read the full medical disclaimer before taking any of the products offered on this site. 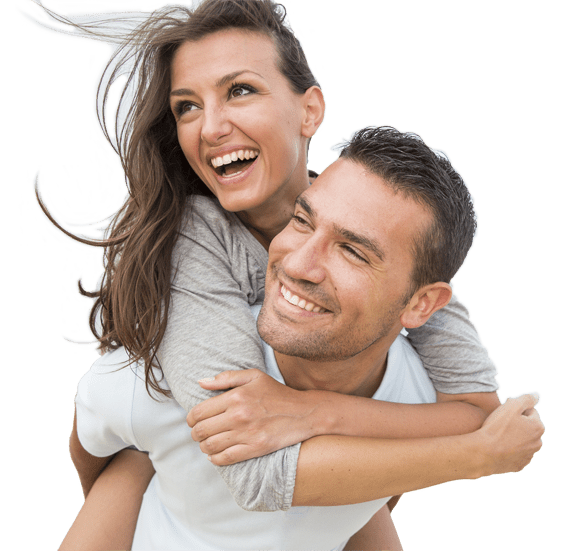 Sign up to receive updates, specials and free samples with your order from Neurologix

Sign up to receive updates, specials and free samples with your order from Neurologix and 10% OFF your first order!